THE federal election is on Saturday, September 7.

Today we formally introduce you to the seven candidates as they appear on the voting slip.

They are David Atwell from the Greens, Michael Johnsen from the Nationals, Ann Lawler from the Citizens Electoral Council, Bill Fox from One Nation, Jennifer Stefanac from the Palmer United Party, Joel Fitzgibbon from the Labor Party and Richard Stretton from the Christian Democratic Party (Fred Nile Group).

Pre-polling will be conducted at Singleton Council for two weeks prior to the election.

The booth is then open Monday to Friday, the same hours as the previous week.

Voting can take place at  Singleton Anglican All Saints’ Court Hall,35 to 45 High Street, not the Parish hall which is the traditional venue.  The church’s annual market day coincides with the election so there has been a move of venue for this election.

I was born in Sydney and grew up there. At the age of 20 I started my own small business operating out of Sydney airport.

Eight years later I sold the business and began university at Bathurst. My academic career eventually saw me end up at Newcastle Univer-sity having moved to Cessnock, some 12 years ago, where I’ve lived ever since.

As part of my academic career I taught at high school and guest lectured and tutored at Newcastle.

Unfortunately I got seriously ill and was virtually housebound for several years.

After my health recovered somewhat I started doing animal welfare helping out at Kurri pound then expanding to help at Muswellbrook, Singleton, Port Stephens, and Wyong.

Currently I am vice president of the Society of Companion Animal Rescuers where my duties include conducting various meetings with councils throughout the Hunter Valley, raising issues about the inadequacies at the RSPCA, and communicating with various government departments.

By a mix of academia and life experience, I’ve become determined in raising issues and successfully dealing with them. Given your representative in Canberra has to deal with the threat of CSG, coal dust, crumbling hospitals, not to mention poor roads, it requires a dogged determination to see such issues successfully tackled. Fundamentally I will be your representative in Canberra and not the reverse.

AT the next election the Hunter faces an important choice – three more years of debt, deficit and deceit from Labor or a new Liberal and Nationals government that will grow our economy and put regional communities back at the heart of our decision-making.

For the first time in decades, the choice we make here in the Hunter electorate could determine the future of our country.

The choice to me is clear. Labor have taken Hunter voters for granted for too long.

Never has this been made more clear than the past few weeks, when Labor’s secret plans were revealed to house illegal boat arrivals in Singleton, without any knowledge or consultation with the Hunter community.

For the past three years, our region has shed thousands of jobs under Labor’s Carbon and Mining taxes, while the local Member told us this was a good thing.

As a financial planner in Hunter for more than two decades, I have seen the effects of rising taxes and cost of living.

As a councillor and then Mayor of Upper Hunter Shire Council, I have worked tirelessly for my community and I want to do the same for all of Hunter at the federal level.

As The Nationals candidate for Hunter I will make sure that our local area has a strong voice in a new Liberal and Nationals government.

MY husband and I have three grown up children, we’ve lived in Maitland all our lives and together we’ve run a small trucking business for 35 years.

Growing up on a dairy farm and servicing productive industries with our transport company I was already connected to the value of production.

Through the CEC and the leading physical economist Lyndon LaRouche I have become well versed through studying the history of human progress to know what must be done to affect a recovery program.

For more than 16 years I’ve been advocating for the Citizens Electoral Council’s economic development program funded with public credit through a government bank.

The CEC are fighters, we have and will continue to fight the free market ideology controlling the major parties which is intended to destroy the very fabric of our society.

That’s why the CEC has been on the front line fighting against the policies designed to shut down our productive industries; deregulation, privatisation, free trade and green fascism.

Economy is not about money and financial profits, economy is about people and how government uses its power over credit and taxation to raise the productive powers of the labour force.

We develop or we die.

I AM the One Nation Candidate for Hunter.  I am 67 years of age and have lived in Telarah area for the past 40 years.

My wife Margaret and I have seven children and 14 grandchildren.

I moved to Maitland in 1970 to start the electrical department at Monosteel Pty. Ltd. In Rutherford.

In 1974 I left Monosteel and started at Buchanan Leming-ton Collieries where I worked in the underground mine for 16 years and then moved to Lemington Open Cut Mine where I worked for nine years, retiring in 1999.

In 2000 I was employed at Datem Moore Technical Services as service manager for two years contracting to the Mining industry.

Then in 2002 I was employed by P&H MinePro as an electrician maintaining and servicing a mining Shovel and Dragline at Bulga Open Cut Mine.

In 2008 I was employed by maintenance and technical services at Mount Thorley Warkworth Open Cut Mine maintaining shovels and draglines.  I was made redundant with several other contractors in 2013.

People have to realise that Liberal Party, National Party and Labor Party are the same party playing good guy bad guy, by fooling the people, they retain power with their preferential voting, and the Greens are just as bad with their policies.

MY name is Jennifer Stefanac. I was born into a connected, colourful and resilient family of Aboriginal descent in Wellington NSW.

This family was replaced by an adoptive one when I was a small baby.

I've been blessed and deeply challenged by the experiences and diversity of viewpoints of both black and white Australia.

My political involvement began in 2007, as an Independent candidate for the federal elections for the Senate, again in 2010, the NSW Legislative Council in 2011 and Cessnock Local Government elections in 2008 and 2012.

My passion for people and politics is clear.

People want a government that reunites the nation; that offers hope, education, and protection for the vulnerable members of the community.

I know the suffering, prejudices and social inequalities experienced by many Australians.

And so is my passion for the Hunter Valley, where I have lived for 10 years.

The Hunter is the jewel in the crown of New South Wales; made up of a strong sense of family being situated on the land of the Wonarua people.

It is my aim to return the wealth our economy generates and reinvest those precious,hard-earned resources; broadening our commercial base, delivering services; generating employment, training and lifestyle opportunities.

I’VE had the honour and privilege of representing the Singleton shire for the past 17 years.  Jobs have always been a key priority for me and while the tapering off of the mining boom has caused job losses in recent months, we still have a record low unemployment rate and the mining industry will remain strong.

That said, we must continue to strive to diversify our local economy to ensure we aren't too dependent on mining.

Health, education and training remain priorities for me and on the latter, I'm proud of our new trades training centres and our re-furbished and expanded community college.  Our primary schools have all received much needed upgrades and our Better Schools Plan will put more money into education delivery.

The Hunter Expressway will cut travel times to Newcastle and Sydney and attract investment to the Shire.  The next job is to secure a by-pass of the town and I'm working with George Souris to secure one.

I MOVED to Singleton in 1996 and began working for the then Caterpillar dealer Gough & Gilmore as a plant mechanic.

I bought a house in the following year, we have since moved but have remained in Singleton.

I registered a field service business called Access Field Maintenance in 1991 and although I have been employed with other companies over the years Access has been the mainstay of my income.

This business has provided and mechanical maintenance service to the mining, construction and agricultural sectors.

Although I have not served the mandatory two generations to be considered local I do feel very much a part of this community.

I am standing as a candidate as I feel it is the best way that I can hope to repair some fundamental problems that I see in the nation around me.

Firstly families are struggling not only financially but relationally.

The government must provide marriage and parenting support to all that seek it. The family is the foundation of the nation.

The government should protect our economy from the world economy, particularly agriculture and manufacturing. I don’t see either of the major parties doing this so I see it as my duty to “rattle their cage” on behalf of you the people of hunter should you give me the opportunity.

May God bless us all. 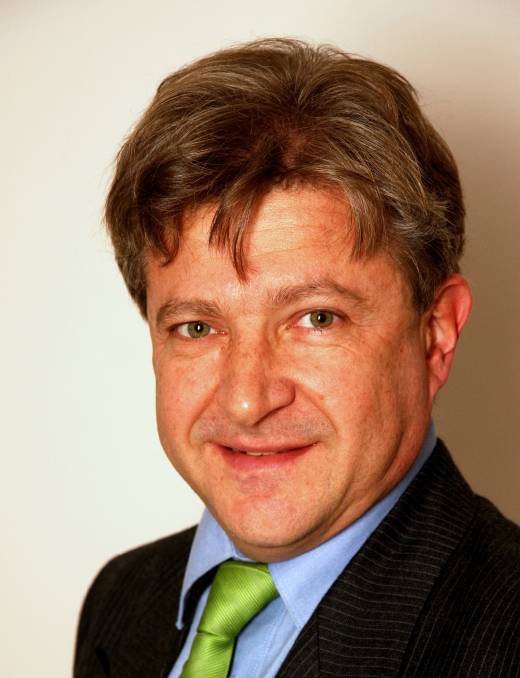 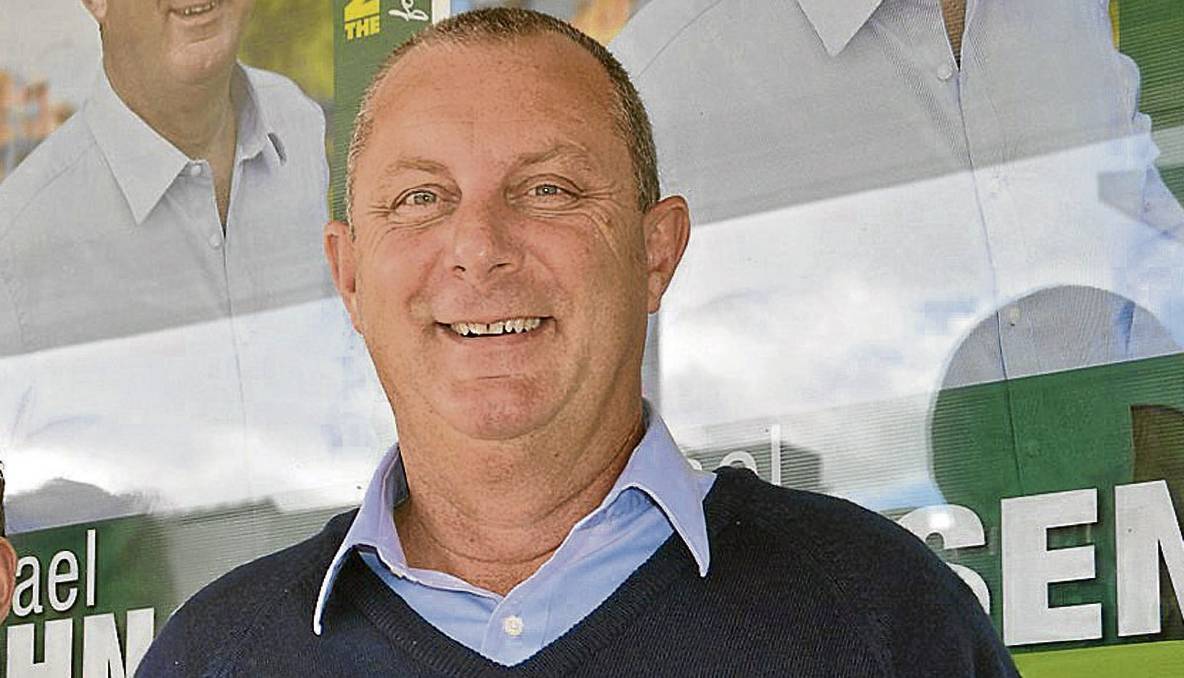 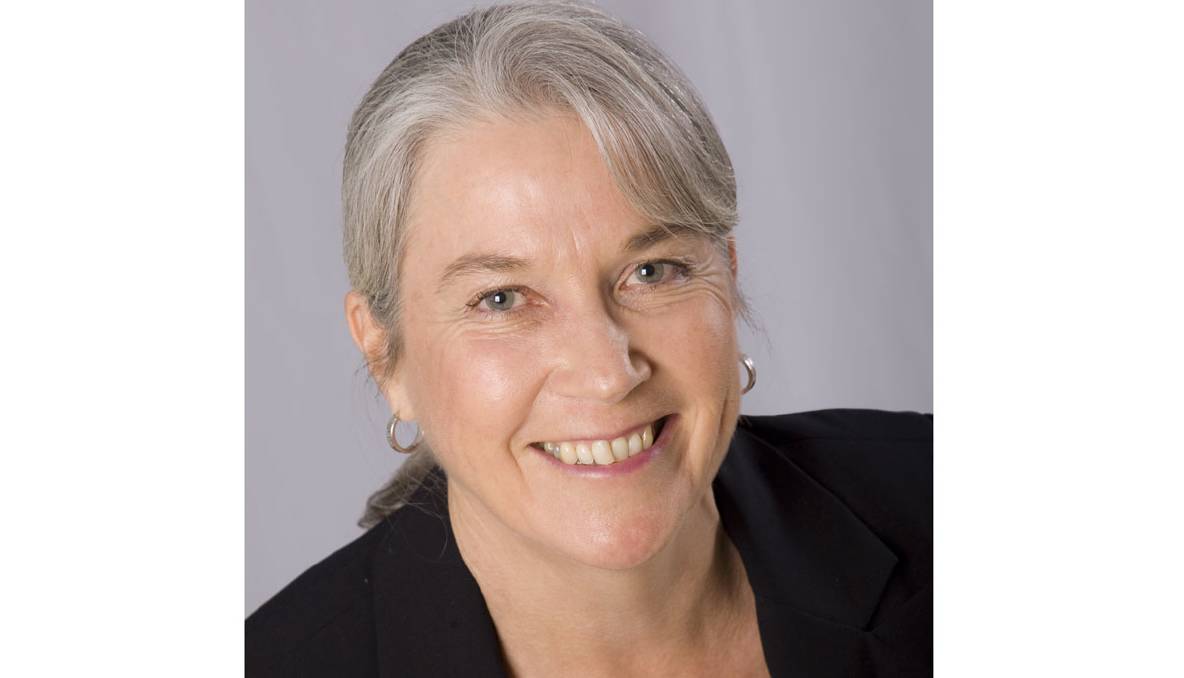 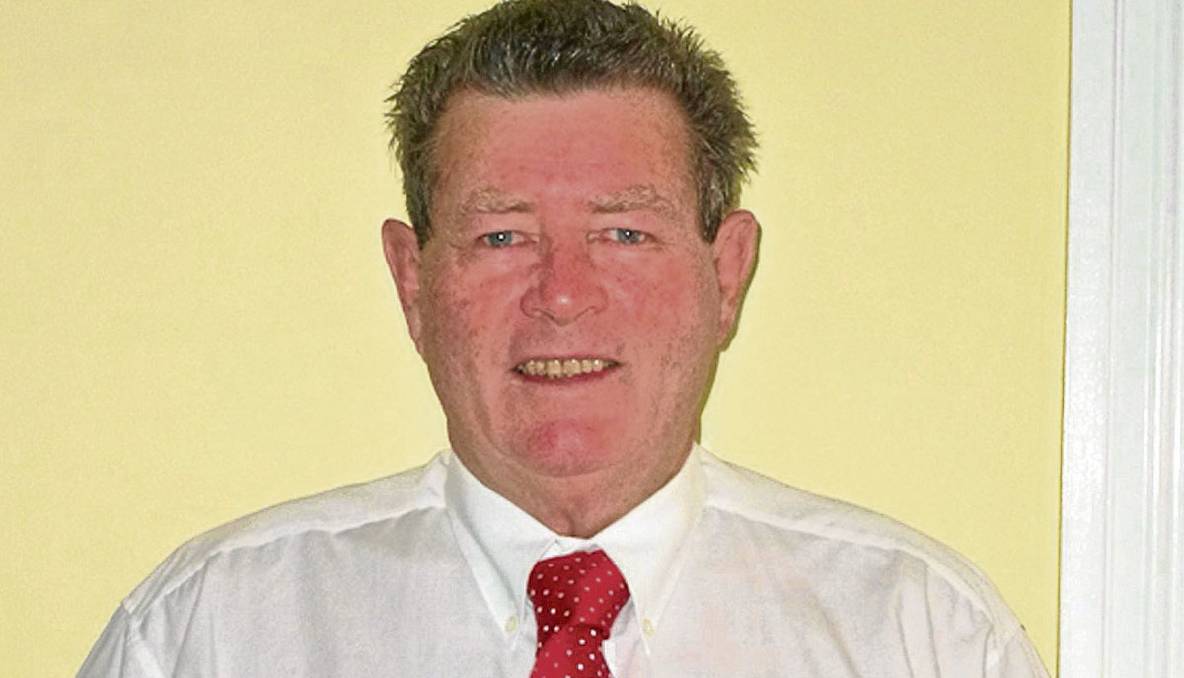 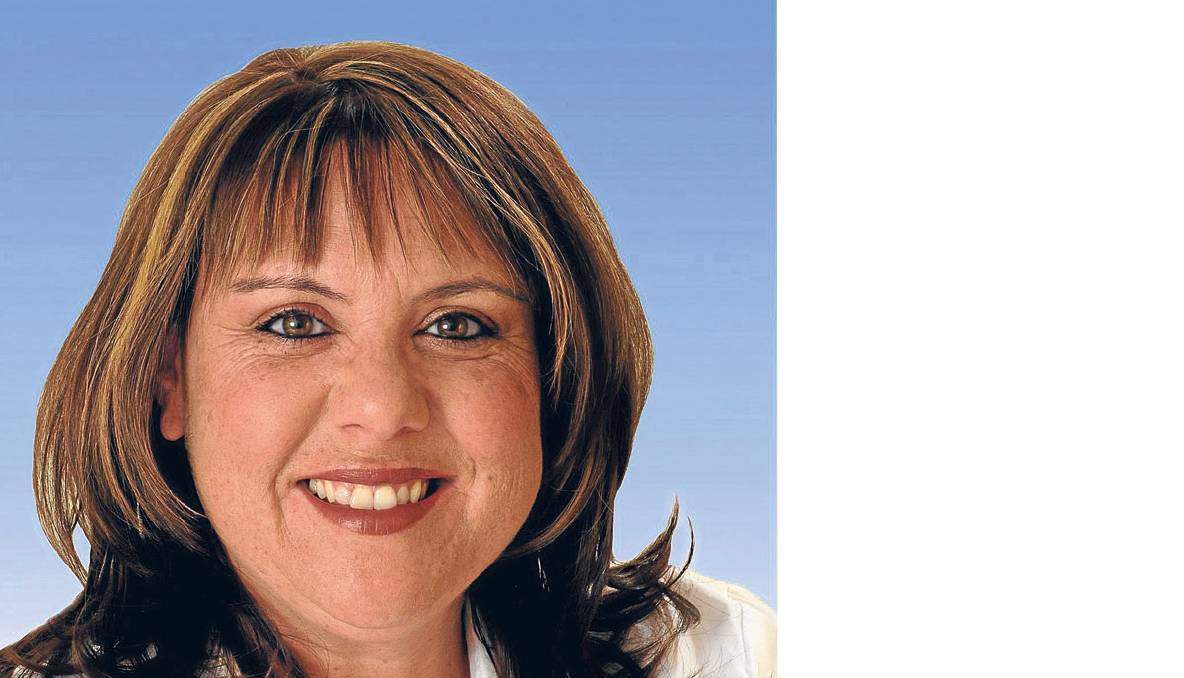 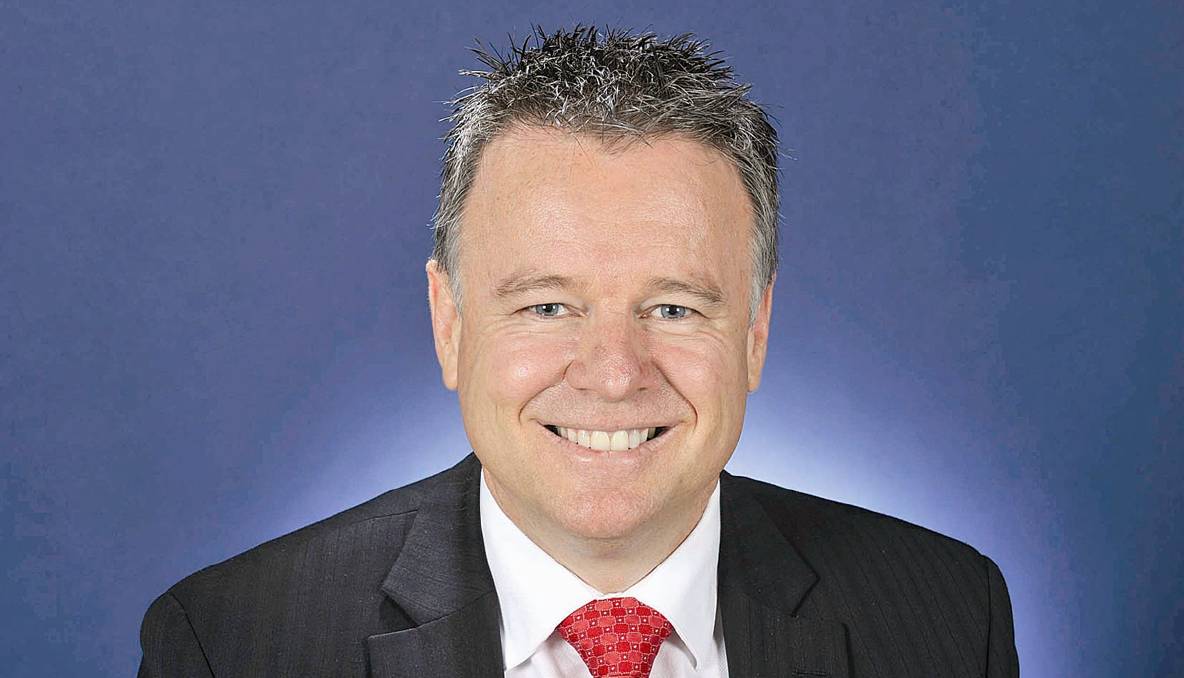 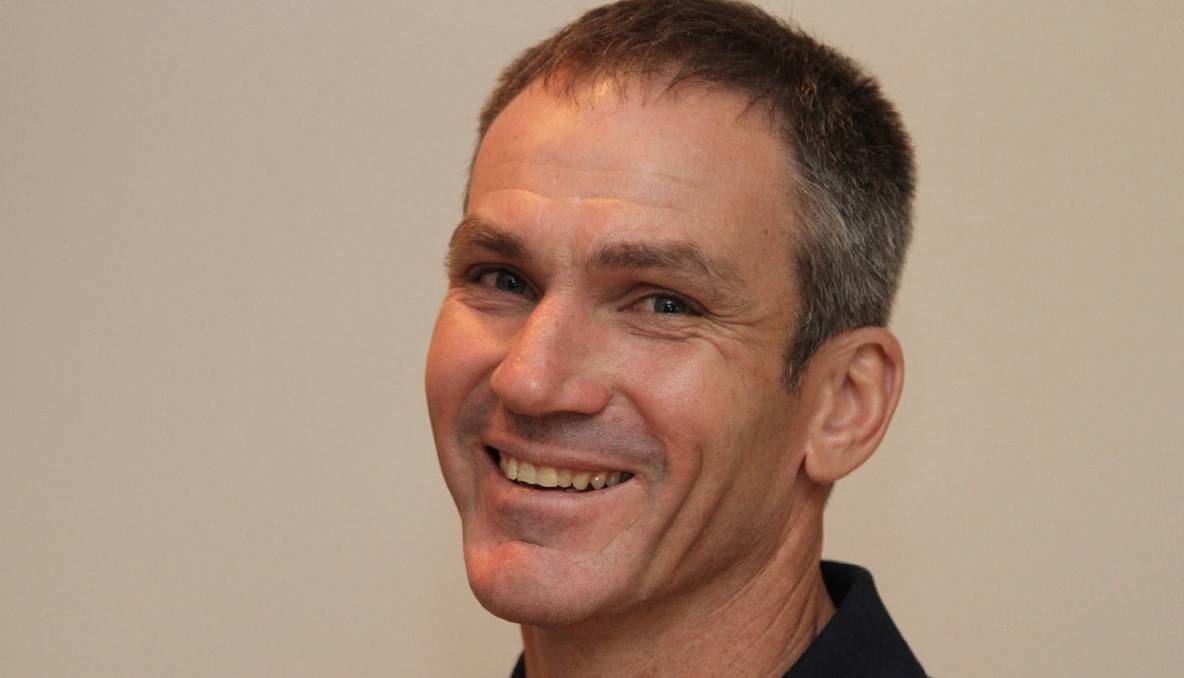 Please note: All comments made or shown here are bound by the Online Discussion Terms & Conditions.

Please note: All comments made or shown here are bound by the Online Discussion Terms & Conditions.