ADELAIDE Archbishop Philip Wilson is a convicted criminal in denial who should resign immediately, say critics who have slammed his comments after Tuesday’s landmark guilty finding and his decision to stand down “in the light of some of his Honour’s findings”.

The former Maitland-Newcastle priest and the Australian Catholic Bishops Conference came under sustained criticism after initial statements that failed to acknowledge the gravity of Wilson being found guilty of failing to act against child sex offender priest Jim Fletcher. They also failed to mention the Hunter victims of Fletcher’s crimes.

NSW Parliament will be asked to support a motion criticising the bishops for a statement on Tuesday that highlighted Wilson “maintained his innocence throughout this long legal process”. But it contained no apology or regret that Wilson and the Catholic Church “failed the boys who relied on them for help”.

Bishops said they were praying for “all those who have felt the impact of this long legal process”.

They prayed for “the survivors who shared their stories, as well as with the Archdiocese of Adelaide and with Archbishop Wilson himself”. 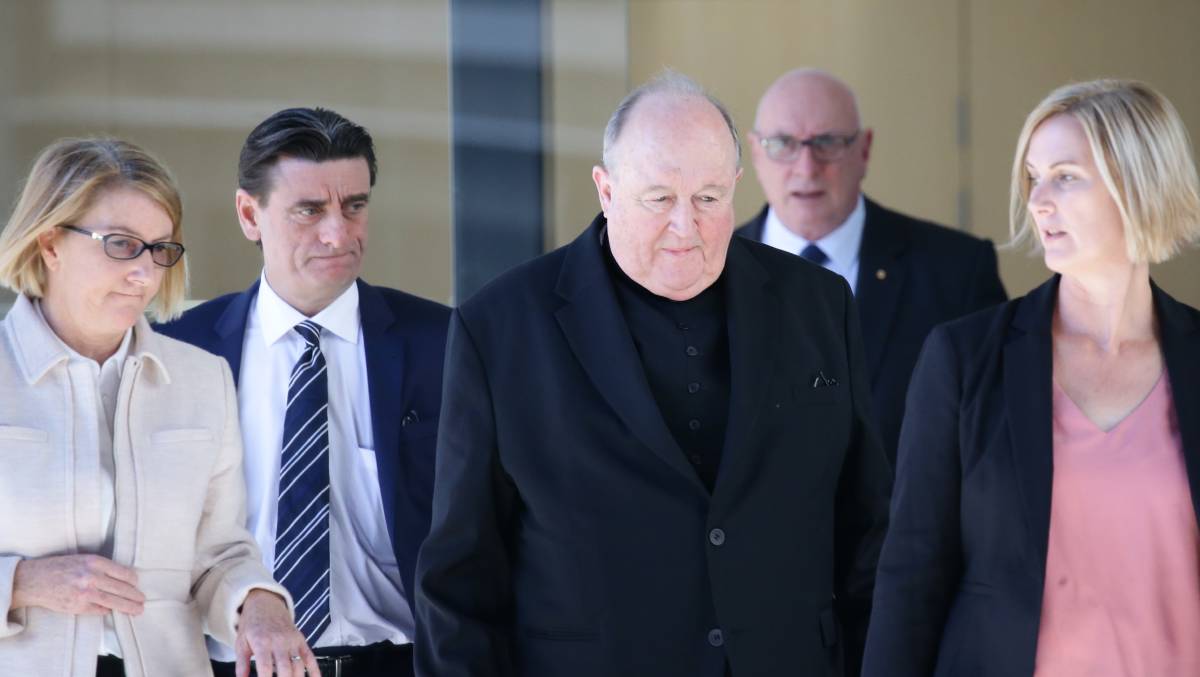 Reducing victims whose evidence was accepted in a trial to the status of survivors “sharing their stories” showed a Catholic Church that continued to minimise crimes and disrespect victims, Mr Gogarty said.

“Since Wilson has now been proven to have abandoned one of the fundamental teachings of Jesus - to protect children - I call on the Pope to urgently commence proceedings to defrock him,” he said.

Since Wilson has now been proven to have abandoned one of the fundamental teachings of Jesus - to protect children - I call on the Pope to urgently commence proceedings to defrock him.

“Wilson’s claims to high religious and moral authority, to be one of God’s representatives on earth, has been comprehensively shattered, and his behaviour has further eroded the reputation of the church.”

Wilson’s conviction in a Newcastle courtroom came the same day former Catholic priest and author, Paul Collins, wrote that Australia’s bishops should follow their Chilean colleagues who offered their resignations last week after a devastating child sexual abuse scandal that has opened Pope Francis to criticism.

“The simple fact is that in the real world business leaders and executives would be sacked for the gross incompetence shown by the bishops,” Mr Collins wrote in a piece published on former diplomat John Menadue’s blog. Outraged: Survivor advocate Peter Gogarty said Australia's bishops had to stop praying and back the defrocking of Philip Wilson.

“It’s about time some ‘real world’ standards were applied to the church. The time has come for the Australian episcopate to emulate their Chilean colleagues and resign en masse,” Mr Collins wrote.

Mr O’Toole said Wilson had to resign or be sacked after Newcastle Magistrate Robert Stone rejected the archbishop’s evidence and described him as “covering-up”, giving “contrived answers”, “fobbing off” a witness and telling a boy he was lying when he reported being abused.

“Wilson’s been found guilty of a very serious crime. In any other work arena he’d be gone, not self-determining whether he’s going to stand down or not. He should be sacked or resign, that’s it,” Mr O’Toole said.

“He’s facing a jail term. How can he be a spiritual leader? It’s not as if he pinched some money. He’s permanently affected people’s lives. Words can’t describe what damage he’s done.”

Wilson was “a convicted criminal in denial” supported by his fellow bishops, Mr O’Toole said.

NSW Greens MP David Shoebridge, who lodged the motion in Parliament criticising the church’s response to Wilson’s conviction, said it was extraordinary the bishops’ statements failed to recognise the seriousness of Wilson’s crime.

“No other organisation would think it appropriate for a senior official to keep his position after being found guilty of concealing child sex offences,” Mr Shoebridge said.

“This was a concealment offence and this man is being granted continuing access to church records. How is this happening? There is no question about this, he should step down immediately.” In his statement on Wednesday announcing he would step down Wilson said it was “appropriate that, in the light of some of his Honour’s findings, I stand aside”.

“I am now putting in place the necessary administrative arrangements to ensure that the affairs of the archdiocese are managed responsibly. I therefore intend to step aside as of Friday this week once those arrangements are in place,” Wilson said.

Mr Gogarty said it would be “more appropriate for Wilson to find a mirror, have a look at it and think, this would really be a good time to resign”.

Former Catholic priest, academic and leading Catholic reformer Peter Wilkinson, who co-authored a groundbreaking study on the global child sexual abuse tragedy, agreed with senior Catholic Father Frank Brennan that Wilson should stand down until any appeal process is completed and resign if magistrate Stone’s decision is upheld.

Wilson had “no alternative but to take this course of action”, Mr Wilkinson said.

“Not to stand aside, pending an appeal, would send some totally unacceptable messages to the broad Australian community - that a conviction in a court of law is not all that serious; that his ‘personal disappointment’ at the Magistrate’s finding could somehow lessen his culpability; and that it is okay to continue in his official church role, as if nothing significant has happened,” Mr Wilkinson said.

Former Hunter Catholic school principal Mike Stanwell, who had contact with the then Father Philip Wilson in 1985 when Mr Stanwell reported child sex offender priest Denis McAlinden to Maitland-Newcastle Bishop Leo Clarke, said Wilson had to resign but more Catholic leaders had to be held accountable.

“He’s not the only one. All those people who were abused and then had to wait for so long for anything to come to court because the church hid its crimes. I don’t know how they’ve lasted. I really don’t know because I know what it’s been like for me.”

Mr Stanwell was devastated by McAlinden’s crimes against children at his Merriwa school, the church’s failure to stop him despite Mr Stanwell’s complaints, and again when he crossed paths with child sex offender priest David O’Hearn and was later convicted for punching the priest.

“This church stuff has nearly killed me and I’m not an abuse victim. Wilson’s not the only one who hid these things,” Mr Stanwell said.

Mr O’Toole said the Australian Catholic Bishops Conference responses to Wilson’s conviction were “appalling, but I’m not surprised by anything those guys do anymore”.

“Where is the expression of shock and disappointment from the bishops that one of their own has been convicted of a crime which has resulted in untold suffering?” Mr Gogarty said.

“Where is the expression of deep sorrow and compassion for the Hunter community which has yet again had its faith in the church shattered? The bishops seem frozen in the face of more irrefutable evidence that the institution engaged in the systematic concealment of the scandal in their midst.

“Rabbits in a spotlight show more confidence and leadership than this group of people seem capable of.”

This story Archbishop a ‘convicted criminal in denial’ who should be sacked and defrocked: victims first appeared on Newcastle Herald.