Whether it is land set aside to allow the development of coal mines in the Hunter Valley or housing development in koala habitats this scheme known as biodiversity offsets sounds impressive but does it actually work and preserve precious ecological communities.

Or is it simply creating a form of state sponsored land degradation at the expense of endangered habitat and productive farmland.

Federal and State governments are keen to promote biodiversity offsets with the NSW Department of Planning, Environment and Industry saying their Biodiversity Offsets Scheme is a key pillar of the Government's framework for biodiversity assessment and management, together with the land management framework.

But no one at a state or a federal level was able to provide any figures on the area under these offset schemes and therefore questions must be raised if no accurate figures are available how does anyone actually monitor and police the offsets.

Each offset is suppose to result in an increase in biodiversity and therefore an improved natural environment for everyone but who is ensuring this is happening?

Developers and mining companies unable to find land themselves can simply pay for the government to find that land for them from a list of suitable sites. But trying to find out information on how long between the payment being made and the establishment of the offset once again met with no government response.

One vocal critic of these schemes is Griffith University academic Tim Cadman, who wrote recently that:

Biodiversity offsets do not work, for a number of reasons:

1) There is no net gain of biodiversity by clearing habitation and 'swapping' it for somewhere else (land-clearing is always land-clearing);

3) In Australia and overseas 'offsets' are open to fraud, and have been issued against asset types that are not even the same (e.g. forest for wetland, etc.);

4) Biodiversity offsets are the only environmental market-mechanism that incentivise environmental destruction (cf. carbon offsets, where there have to be demonstrable emissions reductions).

Dr Cadman, is particularly worried about the loss of koala habitat and he described the biodiversity schemes as simply another 'eco-scam." 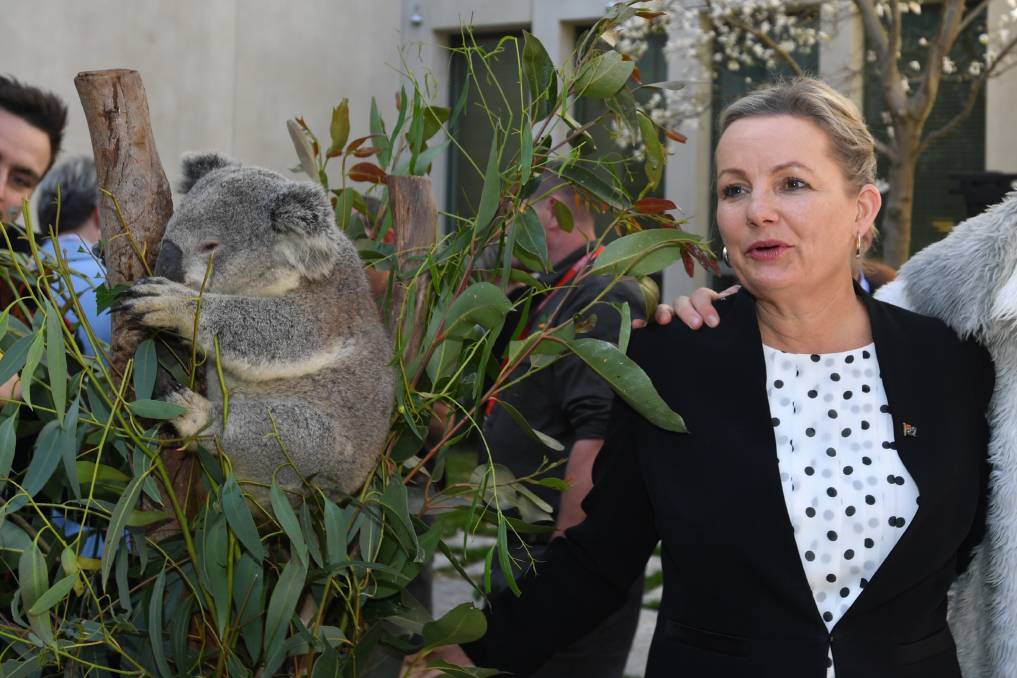 "Our koalas are under enormous threat from forestry, logging and urban sprawl, and we cannot afford to lose any more habitat. Residents seeking to clear their land, and benefit from the scheme should be under no illusions that their conscience is clean - and nor should those who are promoting such 'greenwash'," he wrote.

"According to ecologists the offset properties did not contain white box," he said.

"No Federal or state government agency did on-ground surveys to investigate the legitimacy of the mining company's offsets."

In the Hunter Valley mining companies dominate the biodiversity landscape as their operations require significant amounts of offsets and increasingly they are moving into areas containing ecologically endangered communities.

Commenting on the Hunter Georgina Woods, spokesperson for Lock the Gate said "The system by which mining companies offset land for conservation is clearly broken. There is no one who is keeping track of how much land in total has been offset, where it is, and whether it is being cared for appropriately."

"We are also now in the bizarre situation where mining companies are mining on top of land in the Hunter that has previously been offset for conservation."

This fact was highlighted by Lock the Gate in their submission on the recently approved United Wambo open cut mine near Jerrys Plains where land once part of a biodiversity offset will now be mined which requires offsetting the offset.

'Offsetting of the offset' is permissible as the NSW Biodiversity Act (2016) states that mining can take place on land previously set aside as an offset under the same Act.

Further up the Valley around Merriwa, Cassilis and Rouchel thousands of hectares of land with estimates ranging from 30,000ha to 40,000ha is now owned by mining companies as part of their offset requirements.

Some of this land is being well managed as we have previously reported on work being undertaken by Glencore on their various properties in the region. That mining company operates a large scale cattle enterprise Colinta Holdings in conjunction with their mines and this at least ensures productive grazing land is still being utilised.

However, much of the land is now being described by local farmers as being neglected and degraded as mining companies concentrate on their core business and leave the offsets to survive with minimal inputs.

Cassilis farmer Ivan Gant reckons in his district there would be about 15,000ha of mining offsets with a further 10,000ha around Merriwa.

"Much of this land was once highly productive grazing country that is now neglected and being overrun by feral pests such as pigs, wild dogs and deer," he said.

"And overgrown with weeds - its such a loss and very frustrating to watch land go like this as there appears to be no monitoring of the offsets by any government agency. Canberra has no ideal whats happening on the ground in regard to bio diversity offsets.

"Farmers want to see action being taken on weed and and feral pest control on this land - not the current buy and forget approach shown in most cases."

Mr Gant said apart from the pest and weed problems fences was also causing headaches for many neighbours.

"Maintenance on these holdings is not a priority," he said.

Added to the problem was the fact once the mining companies buy the farms the local population drops significantly as their labor requirements due to their management style are far less.

"Not only are we seeing a loss of productivity which means less spending in local towns but we also have a much smaller population which compounds this problem, " he said.

Although the Bylong Coal Project was rejected by the Independent Planning Commission it was interesting to note in its determination that the project's proponents the Korean company Kepco had purchased 7547ha of the Bylong Valley (some of which was going to be be used as offsets) and by doing so reduced the population by 61 per cent.

Mining companies have shown a strong aversion to running a sheep operation on any of their offsets despite the country being ideally suited to wool production and sheep being good at weed control.

"We are just locking up fabulous farming land and and letting it go to waste and no one in government cares," said Mr Gant. Regeneration on land where stock have been excluded from Glencore's Reedy Creek property.