Skip to navigationSkip to contentSkip to footer 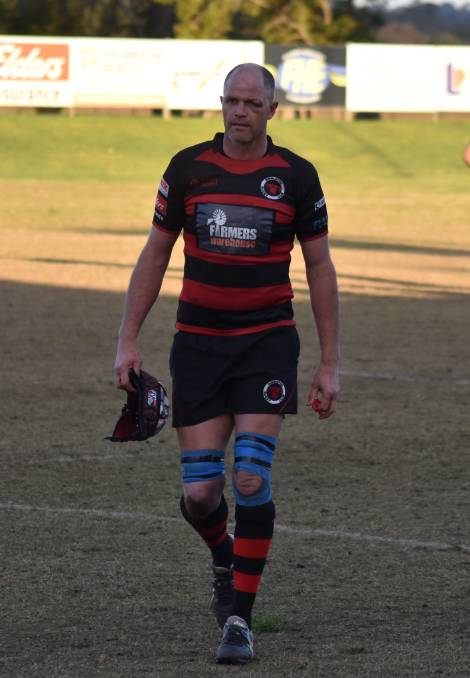 WHILE the final details are still being ironed out by Newcastle and Hunter Rugby Union (NHRU), it looks as if there may in fact be an increase is grades for the 2021 campaign.

Singleton Bulls director of rugby, Anthony Partridge, said it appears as if sides will be required to register a team in both the first and second grade premier competitions, while there will also be an option to enter third grade too.

For the first time in a number of years, an under-19s competition is also being explored.

Partridge stated as it stands, the Bulls will be pushing to support all of those proposals and changes.

"Depending on numbers we'll look to fill third grade as well - if the numbers are adequate," he said.

"We had an under-18s last year so we'll be pushing hard to promote the U19s comp team, we're just awaiting confirmation from the NHRU on the structure of the 2021 season."

He could confirm the season would begin on the 27th of April, and the Bulls' preseason training would officially begin on Thursday, January 28.

An important factor in the Singleton side's success next season will no doubt be numbers, and their ability to provide healthy competition across all grades.

While it looked throughout the year like they may have a battle on their hands, with former players moving to other sports or enjoying the year off due to COVID-19 causing the cancellation of the 2020 rugby season, Partridge has no concerns about the loyalties of their players.

"We've been talking to some of the guys who did go and play other codes and they're definitely coming back in 2021," he said.

"It was good the guys got the opportunity to play some sort of sport, there are guys who are rugby die-hards and absolutely rugby fanatics so we'll definitely be seeing them back."

One decision they are waiting on is NHRU's determination as to whether the Hunter Wildfires will play in the Shute Shield.

As for the Bulls' for next campaign, they are yet to hold their annual general meeting, but Partridge said it was "more than likely" the coaching structure that was approved for 2020 will be given the green light again.

Partridge was confident of retrieving former players who moved to other sports or enjoyed the year off due to COVID-19 causing the cancellation of the 2020 rugby season.

"It was good the guys got the opportunity to play some sort of sport, there are guys who are rugby die-hards and absolutely rugby fanatics so we'll definitely be seeing them back," he said.