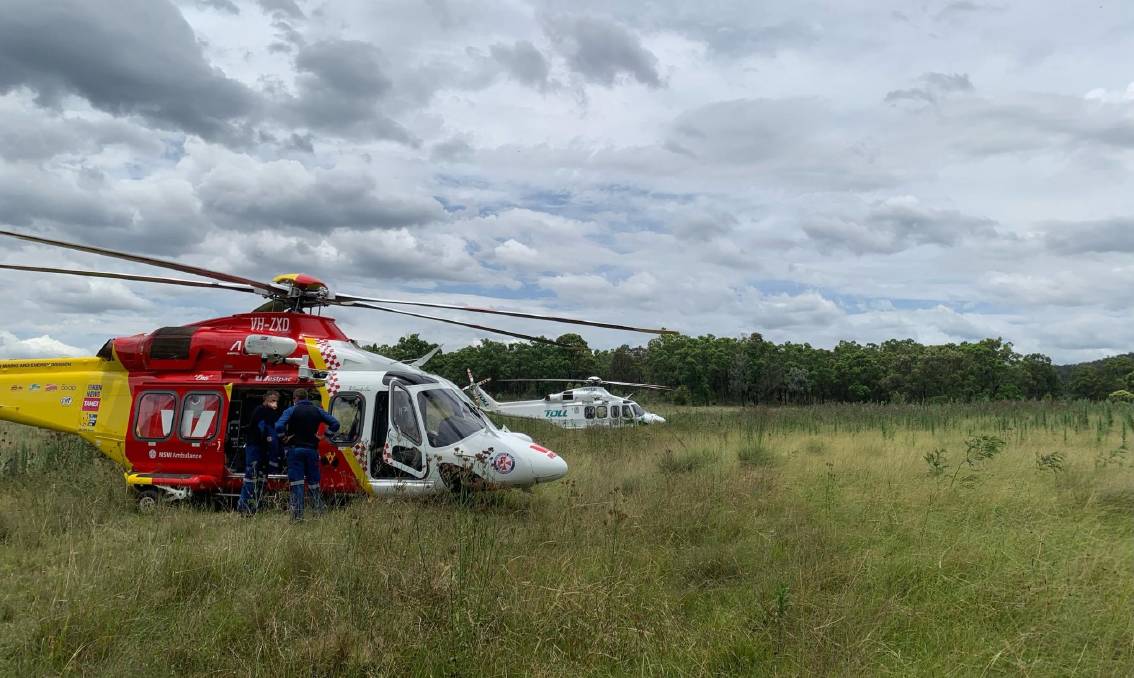 It was reported that the motorcycle collided with a Kangaroo impacting the two occupants heavily. Local Ambulance Paramedic and Emergency Services attended the scene and commenced treatment of a 42 year old male rider and a female pillion passengers. Both occupants were suffering from serious arm injuries.

The female was treated and stabilised before also being flown direct to the John Hunter Hospital in a stable condition suffering serious arm injuries.